Fermented foods in the world: stories of taste and wellbeing

As early as 1907, a year before winning the Nobel Prize for Medicine, the Russian biologist and immunologist Elie Metchnikoff documented the history of fermented foods in the book “The prolongation of life”, in which he gave ample space to the link between these foods and the state of good health.

“In popular practice,” wrote the scientist, “the effectiveness of the acidification in food preservation both in animals and vegetables has long been recognized”. He also observed that marinating with vinegar allows certain foods such as  meat, fish and vegetables not to deteriorate, as a result of  the acetic acid that is produced by bacteria during the transformation of wine into vinegar.

“In the case of foods able to produce – acids themselves, the process of adding  vinegar could become unnecessary” – added Metchnikoff. “For this reason some animal products – such as milk – or sugary vegetables can be preserved by fermentation of the sugars themselves, which will turn into acids during the process”.

“In many countries, such as in Russia, the use of vegetables acidified by fermentation is of great importance for food supply for the population. During the long winters, when fresh fruits and vegetables may not be available, people eat a lot of cabbages, cucumbers, melons, apples and other fruits that have undergone a fermentation that produced lactic acid”, with a preservative effect.

According to the Russian doctor, the consumption of these foods is associated with the maintenance of a good state of health precisely because the development of acids in the fermentation process allows our gut, as well as the food itself, not to run into degradation processes.

In addition, through the collaboration with the Pasteur Institute in Paris, the Russian doctor was able to study in depth the topic of milk-derived products, this resulted in the effective development of the modern probiotic fermented milks But the usage of fermenting the milk does not exclusively come from Europe: it is in fact a practice that is rooted in the very remote areas of the ancient world, in which it was born and has developed independently.

Outside of Europe, we find another pioneer of fermented milks, Dr. Minoru Shirota, who in the early 30s in Japan, isolated and cultivated in milk the strain Lactobacillus casei Shirota, creating the Yakult Company. But wherever the lactic acid bacteria were used, in Russia, Africa, Middle East, India or Far East, they were always surrounded by an aura of sacred or ritual foods: what Galen advised against the “excess of bile”, what gave strength and resistance to the armies of Genghis Khan, what healed the king of France, Francis I from serious intestinal problems.

From East to West, that of fermented foods is a story of taste and health. An ancient history that still gives us so much to discover. 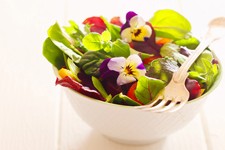 A dish of flowers: spring arrives on our table Learn more 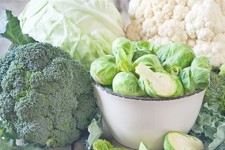 Winter vegetables: a mine of benefits to rediscover Learn more
Back to top