Can we be happy by eating less?

We are at the table ready to eat our favourite dish. Lasagne, for example: since we were kids, a dish of lasagne really knows how to make us happy. We know all too well that the portion we have in our plate is in all likelihood too much, but are we able not to eat it all?

Certainly not. The reason is simple: reducing portions is not something that gratifies us. It requires a certain amount of self-control effort, and leaves us with a discontent that’s hard to fill.

Something new, however, comes from the latest research, which investigated whether and how is it possible to eat less without reducing our level of happiness.

And the response has been positive: yes, it is possible.

In a series of experiments, the researchers have observed that, faced with the choice between a whole portion of food or a half portion accompanied by a game, a lottery ticket or a gift card, most people chose the second option.

The authors examined by magnetic resonance which areas of the brain were involved in the choice, thus verifying that the combination “half portion plus premium” activates the same brain areas of the alternative “whole portion of food”.

Even more significant is the fact that the volunteers of the study carried out the same kind of choice – a half burger or half a pizza, as long as there was a small premium – even when veryhungry.

And there’s more: they didn’t even offset the calories not ingested by eating more during the rest of the day.

We have therefore identified a very inviting alternative for all those times when, in order to feel gratified or to console ourselves, we resort automaticallyto food as an element of immediate satisfaction.

Even more interesting, as the authors underline, is to know that this compensation food – fun works just as well on children:  in fact, the study has led to very similar results for children.

Parents can be sure of it: to celebrate a good mark or a promotion, it is not necessary to resort to the most tempting gluttony. We can alternate with a little surprise or something fun, which will offer the same kind of reward but with an advantage: we will not be accustoming children to unconsciously associate good behaviour with extremely high calories and unhealthy food. 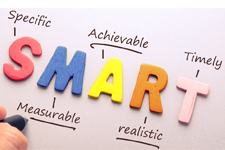 A SMART way to keep your good Intentions Learn more 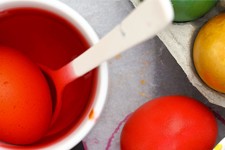 Colour eggs with spices, fruits and vegetables Learn more
Back to top