When in Rome, do as the Romans do: tips for travelling abroad

“Do you think we should leave a tip?”

“How does it work here, should we ask for separate bills?”

When we plan a holiday abroad, we normally plan everything from accommodation to excursions, but we sometimes still find ourselves a little disoriented. This is usually because of the little customs of each country – common habits for us could become offensive actions in another, or even identical gestures could have completely different meanings.

In order to avoid being in an awkward position, it would be a good idea to prepare ourselves for customs that are different to what we’re used to.

Here’s a world tour of the most peculiar customs:

No tips with cash. If you want to show gratitude or appreciation, it would be better to think of a small present.

At the table, never use the chopsticks with which you are eating to pass food to other people at the table, as it would be considered very rude.

No rare meat. It is considered barbaric

Leaving something on your plate is a sign of gratitude towards the generous host.

If someone applauds you, you should applaud back.

Do not snap your fingers, as this is considered rude.

Never shake hands on the doorstep, as it is believed to bring bad luck.

Asking for the bathroom can be rather awkward.

If you greet by someone waving your hand, they might think that you are chasing them away, rather than a friendly gesture.

They have lunch at around three in the afternoon and dinner could be as late as ten o’clock in the evening.

If there are no salt and pepper on the table, do not ask the waiter for them. This would be considered as an offence to the chef, and showing little appreciation for their work.

It is considered impolite to talk about money issues at the dinner table.

If you have to order two beers in a pub, be careful how you place your hands. Index and middle finger raised with the palm facing the bartender will get your order through, but this gesture with the back of your hand facing someone else is considered a rude and vulgar gesture.

Leaving the table immediately after you finished dinner is considered extremely rude.

If you catch the eye of someone who is eating, whether you know them or not, wish them an enjoyable meal (“provecho!”).

Arriving early to a party is considered impolite.

In convivial situations, always smile and do not let the conversation drop, as silence can cause embarrassment.

And finally, remember that yes, here tipping really is mandatory. 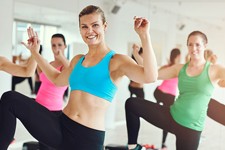