An unexpected encounter with a Yakult Lady

Starting from this month, the Wellbeing Magazine will propose some passages from the Journal by Dalila Roglieri, a nutritionist and traveller: with her, we will share the experience of an authentic Japan, on an itinerary on a road less travelled .

Her journey begins in Otaru, a seaport in the north of the Japanese archipelago. Let’s follow her in a particular and unexpected encounter, a meeting with Japanese beauty, with graceful gestures of this culture and… with Yakult!

“In my mind the journey to Japan began some time ago, but today I am really in Otaru.

I love to travel and immerse myself as much as possible in the culture of the places I visit: I will try to capture the mood and the feeling of this magical country. As a Nutritionist travelling I want to know the eating habits, learn the benefits of fermentation from Asian masters and learn the art of sushi.

In the hotel they suggested to go to the local tourism office before starting my journey.

And that’s where I had the luck to run into one of the women’s symbol of the Country: a Yakult Lady.

I found out that since its beginning, the marketing of Yakult was entrusted to independent sellers who distributed the product door to door at home and in offices.

In 1963 Dr. Minoru Shirota, founder of the famous brand, realized that women were better able to communicate the benefits of the product: so began the story of the Yakult Ladies, more and more numerous, up and down the city streets.

Those were years when women were hardly admitted to the employment world, so the “Yakult Ladies” soon became a symbol of women’s independence.

Today in Japan there are about 45.000, devoted to the sale and distribution of products.

They are easily recognizable by their uniform and you can meet them on foot or see them move about on a motor scooter or bicycle.

Intrigued by the encounter, I watched her as she was placing the bottles with great accuracy in her fridge trolley.

I am fascinated by her well-groomed appearance of a woman of uncertain age. She has a slight trace of makeup and a timeless red lipstick on her lips. She wears a blue shirt with a bow at the neck and darker colour checked pants. The lady’s hat in lightweight fabric protects her from the hot sun of today. Around the waist a belt bag matching the uniform. Although in work clothes, she looks elegant in every detail.

The trolley full of precious alive lactic-acid bacteria has the colours of the Italian flag. It is nine o’clock in the morning, so she has just started the tour of the local offices. In the tricoloured trolley I recognize the bottles which I regularly use, but there are also products that I have never seen in Italy.

I am in the Country of origin of Yakult and the wide selection offered highlights consumption at different times of the day.

I decide to stop for a few minutes the painstaking work of the distinguished lady asking her a photo. She poses gracefully putting her hands on the belt bag: I think she is used to the fascination that their character causes on tourists.

I can not communicate due to the language difficulties but I raise a smile miming the tastiness of the drink with the exclusive lactic-acid bacteria Lactobacillus casei Shirota. She answers me putting her hand on her stomach. Yakult and the balance of the gut flora. I do not need to know Japanese, communication is immediate.

The interactions with people and their stories make a trip memorable: the nice Yakult Lady welcomed me in a special way in her Country.” 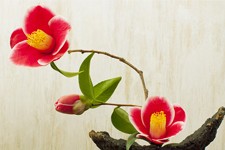 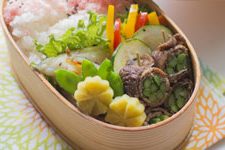 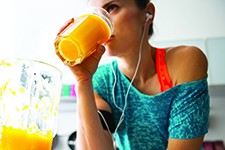 Sports, Food and Immune System Learn more
Back to top